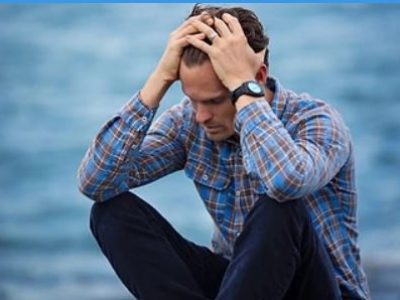 It was Lao Tzu who said, “A journey of a thousand miles begins with one step.” I am not sure there is anyone who would disagree with this statement. It makes sense. One step sounds like a pretty doable thing, that is unless fear is standing in your way.

Fear is something everybody experiences from time to time. Some more or less than others. If someone is considering doing something different, they may not be aware of it, however as they talk through options with the people, they are simply just working through their fears and objections. They are doing what it takes to be able to take that first step. If they get past the fear, they take it. If they don’t, then they sit and either spin or they give up on the dream.

How Do You Push Through Fear?

First thing…just admit you are afraid of something. As I said earlier, everyone is continually addressing fear but when you repress it, you never really confront it so that you can let it go.

Sometimes taking on a dream, is like being confronted with a dark alley. You wouldn’t walk down a dark alley if you really thought you were in danger. Chances are, you would tell yourself you didn’t really need to get to the other side. You would make up excuses and reasons and simply deny yourself the opportunity, and in doing so let the fear win. You know of people who have done this; turned down opportunities and told themselves it didn’t matter or later regretted not doing something.

When you acknowledge you are afraid or scared, the trick is you in fact redirect how you are thinking. You change your focus from the fear and engage your amazing “problem solving” skills by coming up with solutions.

Back to our alley. If you could admit you are afraid, then you could ask yourself what you would need to do to alleviate the fear. The options available to you at that point could be; going a different route, taking a cab, calling a big friend to walk with you, carrying a bat, etc. Rather than being stuck in the fear, recognizing it allows you to come up with solutions.

The second step is to make the reward bigger. Sometimes we are reluctant to take the first step because we are not sure whether the journey will be worth it in the end.

If you go back to the alley you were so afraid to go down initially. What if at the other end of the alley was a billion dollars? There are a significant number of people, who faced with that kind of reward might be willing to forget their fears and simply go for it. The risks would be still be exactly the same. The only thing that changed was the reward. In order to take the first step, sometimes you need to know the reward on the other side will be so great that there is no way you could imagine letting fear get in your way.

Most of our fears our only in our minds. Don’t let fear get in the way of you fulfilling your dreams.